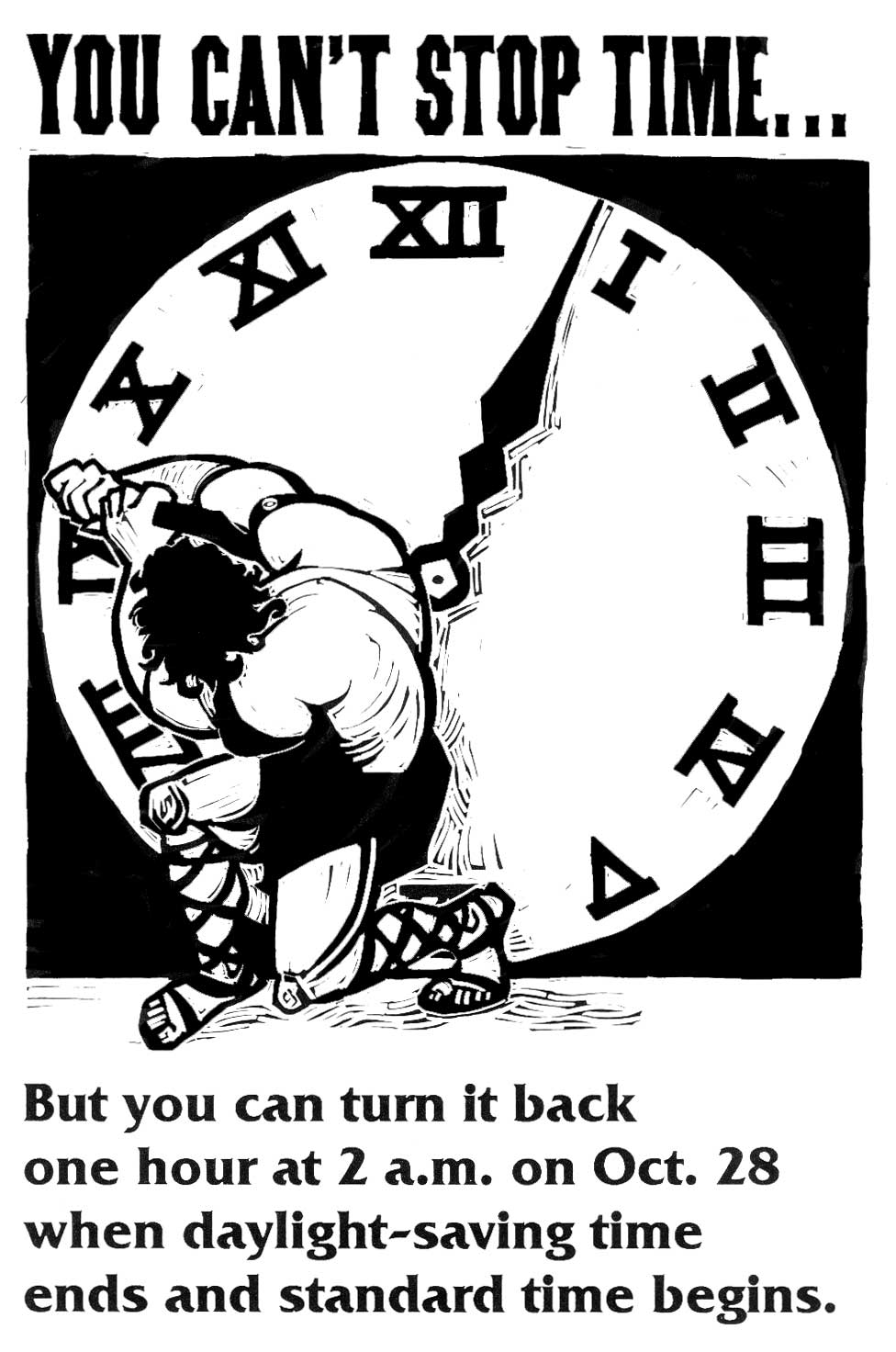 I was prodded this morning much too early: “I expected to hear from you with DST ending this week.”

Work has been busy, and I’ve spent more time providing updates on external and internal social media, but I’m never too busy to call attention to once again, a simpler time when we fall back in much of North America.

Daylight Saving Time ends on Sunday, November 3, 2012 at 2:00AM local time in much of the U.S and Canada, except in parts of the countries (including Hawaii and Arizona). Although many would like to abolish DST, and the venerable National Geographic magazine makes the case against it, I like to get the extra hour of sleep on Sunday. Our friends in much of Europe have already bid goodbye, adieu, auf wiedersehen, gesundheit, farewell to European Summer Time, as they fell back on the last Sunday in October each year. (Not to worry, they’ll get back up and Spring forward again on the last Sunday in March.)

As noted here, you can thank candy makers for some of the politics behind DST. There’s a rich history as to why we have daylight saving time, and you can read more than you’ll ever want to know about DST here and on our official Microsoft Daylight Saving Time Help and Support Center at http://www.microsoft.com/time. DST in much of the US and Canada ends in accordance with the US Department of Energy’s Energy Policy Act of 2005 that was passed into law. DST ends later than it did prior to 2007, on the first Sunday of November; more details on the new DST start and end times can be found here). This results in a new DST period that is approximately three to four weeks longer than in past years.

Last year I noted the National Geographic article on “Daylight Saving Time – Why and When Does It End” – it’s still there, along with the very cool photo of the display model of the inner workings of a clock at the China Science and Technology Museum in Beijing. One of the Founding Fathers, Benjamin Franklin, is responsible for the concept of daylight saving time, as noted in David Prerau’s book Seize the Daylight: The Curious and Contentious Story of Daylight Saving Time. I personally liked TaylorBigler’s piece on the Daily Caller earlier this year…

Franklin, however, never actually meant that we should actually turn our clocks back in the fall and forward in the spring. According to research done by the geeks over at Geek.com, Franklin — who was living in Paris at the time — brought up the idea of daylight saving time in a letter to a friend who happened to be the editor of Journal de Paris. The letter, which satirically suggested that something could be done to better light one’s home, was subsequently published in the Journal on April 26, 1784.

Franklin wrote that one morning he was abruptly woken by a noise at 6 a.m., but that if that hadn’t happened he would have slept through six more hours of daylight. To combat this, Franklin satirically wrote up an analysis of how much people could get accomplished if they used more daylight and less candles. He also wrote up a series of punishments and requirements so that people would wake their <e.d.> up.

According to Geek.com, Franklin wrote that there should be a tax on people who had shutters on their windows to keep the sun out, church bells — or even a cannon  — should go off every day at sunrise, and in order to conserve one’s energy for the day, guards would monitor the streets and forbid any carriages from driving after sunset — with the exception of doctors and midwives.

So what does this have to do with the price of tea on K Street?

As I noted in this article, Microsoft strongly recommends that DST and time zone updates be installed on all affected systems, devices and applications to ensure consistency with current DST rules and time zone settings worldwide. Customers should review the product updates available and posted on this site and at http://support.microsoft.com/gp/dst_prodlist for the latest and updated information of Microsoft products affected by daylight saving time. For the most part, customers on our Windows platform won’t need to do anything, as updated time zone definitions are already included in the products.

Here’s more coverage on DST this year from Bing News. I hope that you have a glitch-free, uneventful fall back.

On a personal note, remember to keep things in perspective. Time is a precious thing. Never waste it…